Facebook messenger has become one of the most popular ways to communicate with friends and family, with over 1,000,000,000 active monthly users. As always with popular social media platforms, it’s now time for brands to get involved to see how they can leverage this to their advantage.

Facebook have recently created artificial intelligence ‘Bots’ that communicate and reply to customer queries. This will help brands keep a presence on messenger, without having a huge team behind the scenes dealing with all of the messages. The theory here is that people hate talking on the phone, downloading new apps and sending long-winded emails, so chatbots are a new avenue for customer services, sales and content distribution.

So what are Messenger bots?

Messenger bots are clever autoresponders built into brands and users Facebook profiles that communicate through the Messenger app. At the moment only 11,000 bots have been created but over the coming months, we’ll start to see more and more being released, all with different propositions. Brands like CNN are using messenger bots to reply with simple information like news updates. 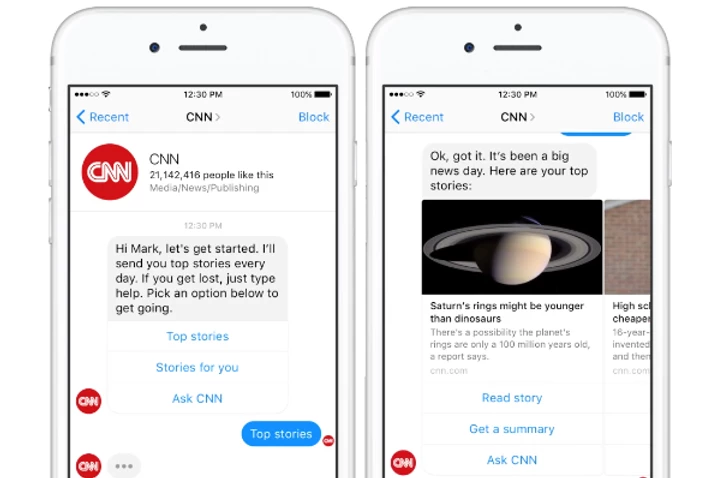 Whole Foods, the American food store, have a bot that gives you recipes for anything that you ask for. It’s a handy way to quickly get a recipe while on the messenger app. 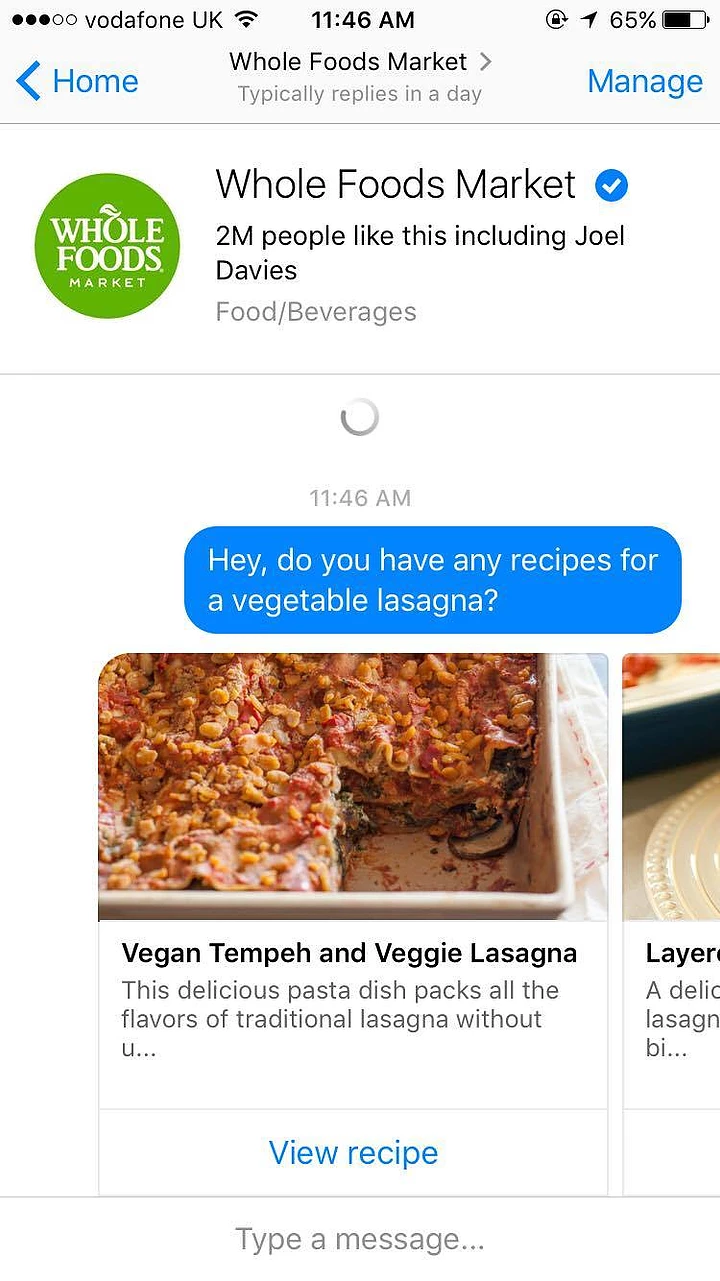 How are people using them?

Bots are still in their infancy, so there are still a couple of bugs that are being ironed out. However, they have improved a lot since the launch in April 2016 with the AI getting stronger and developers coming up with more creative ways to use them. Most people are using them to engage with customers more than support them with sales. For example, General Electric do an ‘Emoji quiz’ where the bot sends you questions in an emoji format and you have to figure out the answer.

The best bot we’ve found so far is ‘Poncho’, which is a bot that sends you weather reports in a nice informal and engaging way. By simply messaging with your location you can get daily weather reports. We just asked if it was cold outside and it quickly responded with ‘Nope, it’s warm in Manchester’. We felt like we were talking to a close friend as it quickly replied with a yes/no answer rather than giving me a detailed formal weather report.

There are also bots that do similar things to ‘siri’. Theres a bot that will remind you to do the things you have asked to be prompted of and one that will store things into lists for you. These are both very useful but they can be done on your phone already. The plus side of using a bot for these things is the personal tone it has when communicating. 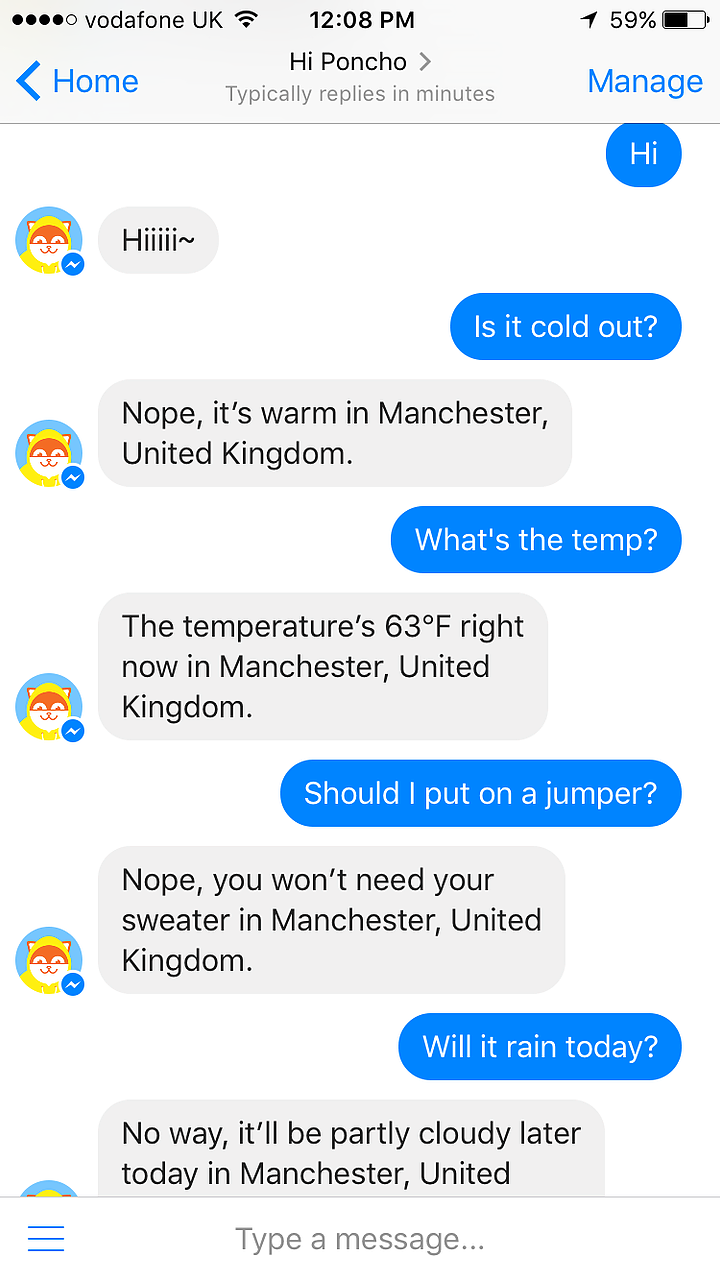 Should I get a bot straight away?

The short answer is…No! Tapping into a user base of 1 billion people does sound appealing, however, bots are brand new and they certainly feel like that when using them.

There is no data yet to support how successful bots will be as a customer services, engagement and sales tool, so we advise to simply keep an eye on the findings and progression of messenger bots over the next couple of months.

So is it a fad or will it last?

After trying it out on a few different accounts we think it will be a great tool to handle product queries and receive quick and accurate information. In the future, we can imagine using an ASOS bot to order clothes, a Post Office bot to ask when our parcel will be delivered, a Skyscanner bot to see if our flight is still on time and we have already signed up to get daily morning weather reports from Poncho. When the bugs are fixed and more developers work on the bots within the API then it will be useful in so more many ways. 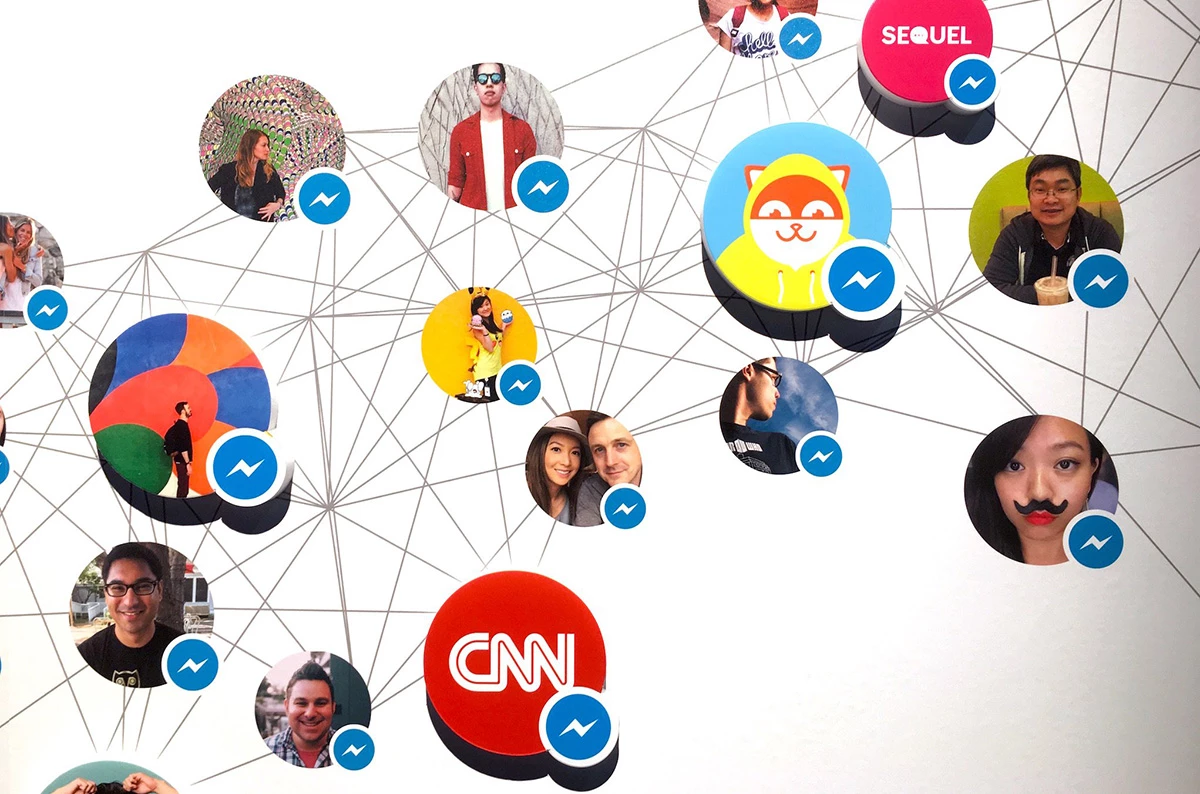