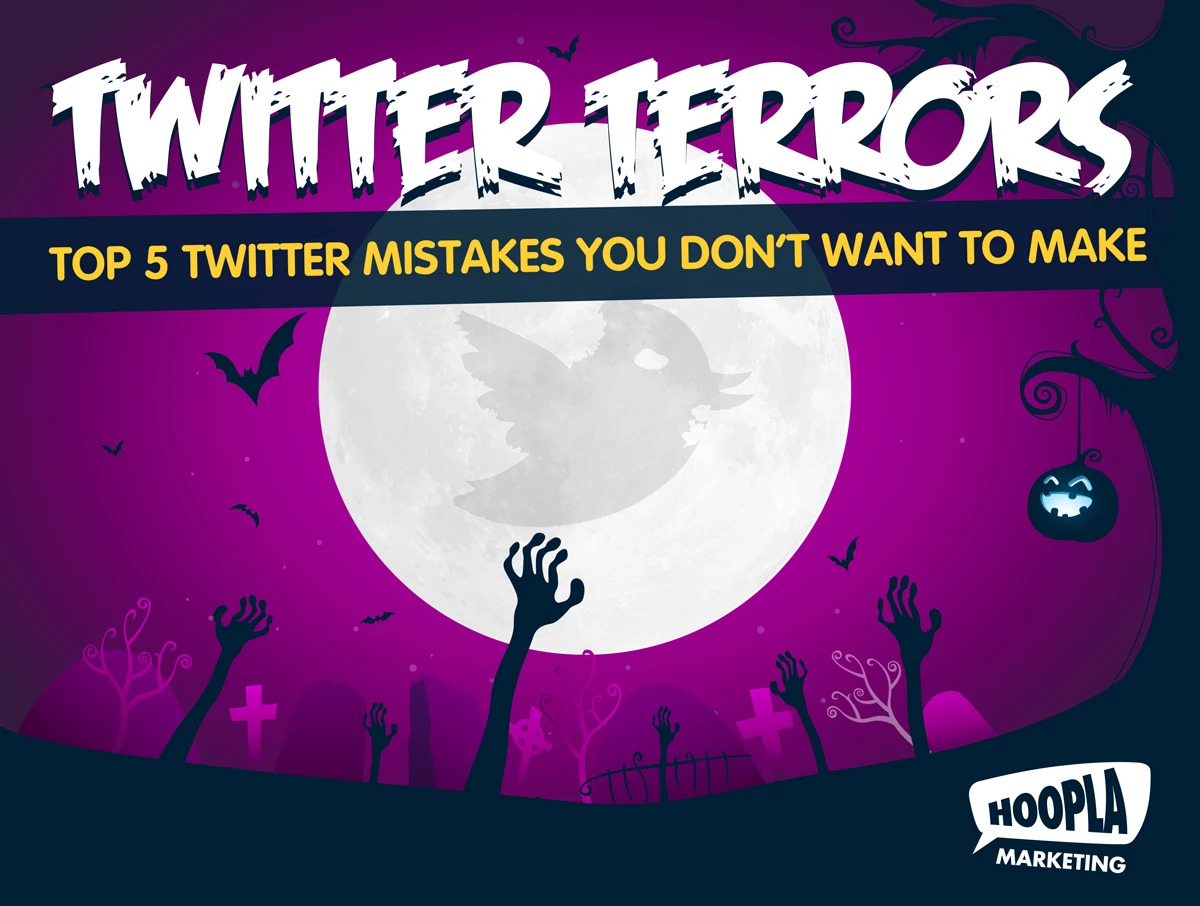 Every single tweet that a brand sends out can make a huge impact, because of the intrinsically viral nature of Twitter. We have put together some great tips on using Twitter for your business along with some examples of Twitter nightmares that have happened over the years.

1. FOLLOWING BACK EVERY SINGLE USER

The number of followers and people you are following is simply a numbers game. It’s all very well having 500K followers but if you are trying to build a business or increase your brand awareness, you want your followers list to be filled with quality users! Is it really worth following back people who post X-rated material, have little to no tweets, or users that have no relevance to your industry? Remember it’s all about quality, not quantity!

Don’t pay for followers! Quite simply it’s a scam and not only are they completely useless in growing your brand and promoting your business, it can have a detrimental effect on your account when it comes to targeted advertising but also when trying to analyse and measure your progress on Twitter. You want real users who have selected to follow you on their own as they are more likely to engage with your brand ie. read your tweets, click on your links, and re-tweet your posts.

#Hashtags are there to support your message and also provide another way for users to see your tweet, however overusing them can actually disrupt the power of the message and make your tweet harder to read! Twitter is saturated with over 500 million tweets a day, so if yours is hard to read, it will be missed! Also choose your #hashtag wisely, we’ve seen some #hashtag horrors over the years, one of them being #susanalbumparty, which was used to promote Susan Boyles new album in 2012! 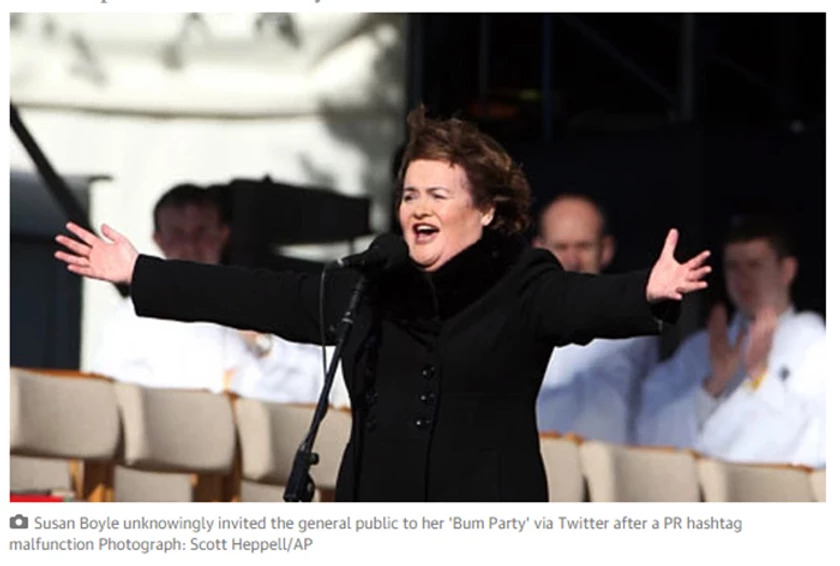 Being social doesn’t mean you can lose your professionalism. Make sure that the people who are in charge of your brand’s official account can be trusted to deliver the correct tone of voice. Whoever was running Chrysler’s official Twitter account made a big mistake when they tweeted out a snarky driving rant complete with an F-bomb to all its followers.

If you want your brand to go viral then make sure it’s for the right reasons. It’s surprising how many big brands have got it very wrong over the years. Take Kellogg’s UK for example, they tried the ‘Retweet to feed a hungry child campaign’. Kellogg’s campaign to raise awareness of their Give a Child a Breakfast charity program famously backfired after they sent the tweet below. 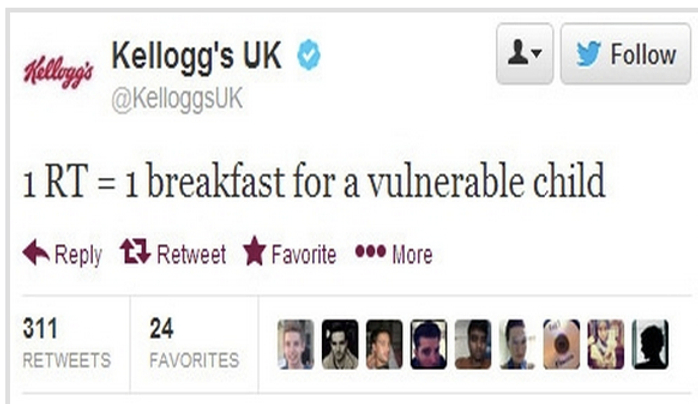 One of the most popular replies was from a Twitter user was:

This tweet summed up the sentiments felt by many of Kellogg’s UK’s followers.